Summer is Here, Pay Attention to the Common Problems of These Smart Locks!

May has passed, and it has entered the mode of early summer. Although it is not very hot, it has changed into short sleeves and started the mode of ice cream and watermelon. Smart locks are also more sensitive to changes in ambient temperature, and the following four problems are prone to appear after the summer. As long as we know in advance, we can solve the problem. As a Hotel Access Control System Supplier, share with you. 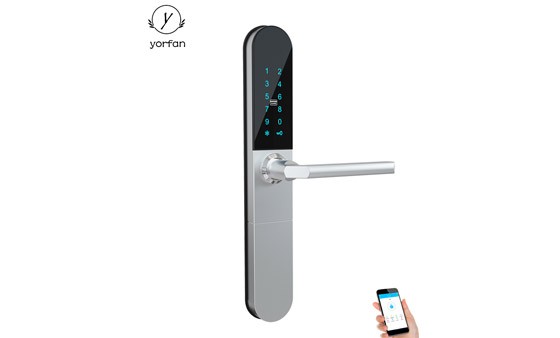 After the battery leaks, it may corrode the battery box or the circuit board, causing the door lock to consume fast power or have no response. In order to avoid this situation, you should check the battery usage after the summer. If you find that the battery becomes soft or has viscous liquid on the surface, you should immediately replace it with a new battery.

In the summer, sweaty hands or sweet things such as watermelon can easily stain the fingerprint head, which affects the efficiency of fingerprint recognition, and there are often situations where it is impossible to recognize or difficult to recognize.

Generally speaking, door locks are triggered after 5 input errors. However, some users reported that after trying two or three times clearly, they prompted an input error and the door lock was locked.

In such a situation, we must keep an eye on it. It may be that someone has tried to unlock the door of your house while you are away.

For example, after someone tried three times, the password was wrong and the door could not be opened. At this time, you don't know, and then, when you go home, you make two mistakes, and the door lock will naturally trigger the lock command after 5 mistakes.

Wipe clean the password screen area with a moistened cotton cloth to avoid leaving traces, so that people with intentions can take advantage of it. At the same time, it is recommended to install an electronic doorbell with capture or video function on the door that can be on duty 24 hours a day. In this way, the security at the door of the house is clear.

The door lock does not respond

Our company also has Hotel Key Card Door Lock on sale, welcome to contact us.

Previous: The First Step Towards a Smart Life is to Switch to a Smart Lock

Next: Why is it Popular to Install Smart Locks In Renovating Houses Now?